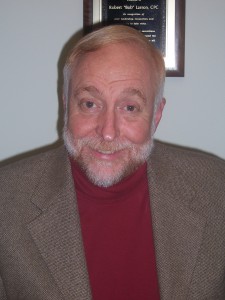 When should you divulge your salary to a prospective employer? According to an article in The Wall Street Journal, many businesses want to know an applicants’ latest pay during the early stages of the hiring process. But that often can present a dilemma with no simple solution. If you dodge premature pay inquiries, you might be taken out of the running for being too secretive; if you divulge every cent you earn, you might risk being viewed as overqualified or inexperienced.

“There’s no way of knowing for sure if disclosing or withholding is the best strategy,” said Jack Chapman, author of Negotiating Your Salary: How to Make $1,000 a Minute, and a Wilmette, Ill, career coach. “You’re dealing with potential rejection either away.”

When weighing what to do, job seekers need to use their best judgment. In doing so, experts say, it helps to take into account the desired job’s level, the duration of the vacancy, the extent of rival contenders, the scarcity of your skills and your insight about the openings’ salary.

And candid money talk with outside recruiters is almost always a good idea, the article pointed out. “Blowing off the compensation question creates bad chemistry with the recruiter,” cautioned Patricia Cook, head of an executive-search firm in Bronxville, N.Y. Thirteen times during her recruiting career, Ms. Cook has encountered qualified prospects that refused to tell her their pay. When she presented the 12 women and one man to corporate clients, none became a finalist.

Before baring your bucks to a recruiter, though, try to persuade him to gauge your worth. You might ask, “What’s the most money that my skills would command in the marketplace? If the number falls short of your latest paycheck, you can provide solid reasons why you’re not being paid more. If you appear relatively underpaid, describe hefty raises and bonuses that you pocketed during boom times. Emphasize that bad business conditions rather than individual performance were to blame.

You can also turn the tables on a nosey hiring manager, according to the article. Inquire about the budgeted salary range for the targeted spot when the salary question comes up. Say whether that range matches your qualifications and personal needs; perhaps indicate your current salary range at this point or the range you are seeking. You could also consider expressing eagerness to negotiate your next package once it’s clear you’re the preferred pick. A good “postponing phrase speaks confidence in being hired,” Chapman’s book suggests.

But this ploy doesn’t always work. A corporate trainer wanted to avoid revealing his pay when he sought employment with a New York area information-services company. “I did try to get around it by saying, ‘I’m hoping for a fair offer,’” the Long Island resident told the newspaper. He also asked about the projected pay range.

Ignoring his query, the head of training insisted on learning his current salary. He said he was paid about $114,000 a year. Offered $118,000, he requested a slightly larger sum. The concern abruptly dropped its offer. “We’re not happy you asked for more money,” one official told him. The trainer now wonders whether he divulged his compensation too soon.

Taking all things into consideration, it can still be very tempting to exaggerate your pay package. Despite the potential pitfalls they can face, numerous job seekers inflate how much they make, typically by including their bonus target and the value of perquisites, the article noted.

On the other hand, during a difficult job market, Bill Davidson actually did the opposite to land job interviews. The former information-technology director applied to be a project manager at Postini in San Carlos, Calif., which was offering $88,000 for the position. He informed the e-mail filtering concern that his last cash compensation totaled about $100,000 when the real number was $140,000.

Davidson accepted the $88,000 post; a month after he joined Postini he said he admitted his deception—without repercussions.

As a rule, though, you should never fib your way into a new workplace, the article pointed out. “People will pull offers for a clear lie about pay,” warned Lee E. Miller, co-host of “Your CareerDoctors.com,” an Internet radio show. And finding a lie about pay is quite easy. Job seekers should always keep in mind that some companies require final pay stubs or income-tax forms to verify salary.