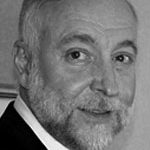 Companies across the U.S. say it is becoming increasingly difficult to find applicants who can communicate clearly, take initiative, problem-solve and get along with co-workers. According to an article in The Wall Street Journal, those traits—often called soft skills—can make a difference between a standout employee and one who just gets by.

While such skills have always appealed to employers, decades-long shifts in the economy have made them especially crucial now. Companies have automated or outsourced many routine tasks, and the jobs that remain often require workers to take on broader responsibilities that demand critical thinking, empathy or other abilities that computers can’t easily simulate.

As the labor market tightens, the article pointed out, competition has heated up for workers with the right mix of soft skills, which vary by industry and across the pay spectrum—from making small talk with a customer at the checkout counter, to coordinating a project across several departments on a tight deadline.

Companies, in pursuit of the ideal employee,  are investing more time and capital in teasing out applicants’ personality quirks, sometimes hiring consultants to develop tests or other screening methods, and beefing up training programs to develop a pipeline of candidates.

“We’ve never spent more money in the history of our firm than we are now on recruiting,” said Keith Albritton, chief executive of Allen Investments, an 84-year old wealth-management company in Lakeland, Fla. In 2014, for example, the firm hired an industrial psychologist that helped it identify the traits of its top-performing employees, and then developed a test for job candidates to determine how closely they fit the bill.

To determine the most sought-after soft skills, LinkedIn analyzed those listed on the profiles of members who applied for two or more jobs and changed jobs between June 2014 and June 2015. The ability to communicate trumped all else, followed by organization, capacity for teamwork, punctuality, critical thinking, social savvy, creativity and adaptability.

Workers with these traits aren’t easy to come by, said Cindy Herold, who runs the Old Europe restaurant in the state of Washington. In a moment of frustration, Herold recently put a sign outside seeking workers with “common sense,” she told the newspaper.

Training new workers in technical skills takes time and resources and employers say they are less willing to invest in workers who don’t also have the soft skills to succeed in the long run. That may be one reason hiring has lagged its pre-recession pace despite a near-record number of job openings, according to Labor Department data.

According to a Wall Street Journal survey of 900 executives, 92% said they have a very or somewhat difficult time finding people with the requisite attributes for jobs, which include both technical and soft skills. Moreover, 58% of hiring managers in a LinkedIn survey say lack of soft skills among job candidates is limiting their company’s productivity.

Soft skills have always been important tools for managers, but now it appears employers are finding them more important than ever, even at the lower end of the organizational chart, and the focus is earlier on in one’s career, the article noted. Indeed, the combination of soft skills and high grades can attract multiple job offers, with premium starting salaries for recent college graduates in technical fields such as computer sciences, accounting and finance.

Many employers, frustrated by the difficulty of identifying job candidates with the right soft skills, have adopted more rigorous hiring practices.

At Two Bostons, a small chain of pet boutiques outside Chicago, owner AdreAnne Tesene conducts at least three rounds of interviews before she hires someone. For higher-level positions, she invites job candidates and their significant others out to dinner with the rest of the management team, “so we can see how they treat their family.” She also has her employees fill out an evaluation of a new co-worker after 90 days.

Tesene, who opened the store 11 years ago, told The Wall Street Journal that she sees fewer candidates who can hold a conversation, want to interact with people and are eager to excel. “Trying to find people like that is becoming harder,” she said. “But also, I think our standards continue to increase.”