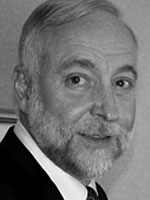 At Work, it Pays to be Likeable

The time-worn adage that nice guys finish last isn’t exactly true, according to an article in USA Today. In fact, growing research shows that likable employees may have more success on the job and that likability can even trump competence.

A study in the Harvard Business Review found that personal feelings toward an employee play a more important role in forming work relationships than is commonly acknowledged, the article pointed out. The study also indicated that this is even more important than how competent an employee is seen to be.

“We want to work with people that make us feel good to be around them,” said Tom Sanders, author of The Likeability Factor, which explores how having an appealing personality can positively influence life and careers. “Likability is the tiebreaker in almost anything.”

Likability is hard to define, but Sanders said people gravitate toward others who deliver psychological benefits. In other words, likability is the ability to produce a positive emotional experience in someone else, such as making co-workers feel good about themselves.

The Harvard Business Review study also found that employees don’t want to work with someone who is disliked, and it almost doesn’t matter how skilled they are. Indeed, co-workers who work with a likeable colleague are more comfortable with them, so work tends to be more collaborative.

“Organizations have traditionally focused on competencies and thinking ability of their staff,” Susan David, a psychologist and researcher at Yale University, told USA Today. “There is growing recognition, however, that job effectiveness can be undone if an employee is not likable. Being proficient at job tasks is of little comfort to the organization if an employee alienates clients or other staff.”

Research has also found that customers’ perceptions of the employees they deal with can influence their overall feelings toward a company. Nearly 60 percent of customers say that, when faced with rudeness, they take their business elsewhere, even if it means going out of their way or paying a higher price, according to a study by Eticon, a Columbia, S.C.-based provider of etiquette consulting for business.

Further, likable employees–especially those with skills in relationship building–are also more likely to get bigger pay raises and promotions, the article pointed out.

Some employees say likable employees are so important that they won’t hire anyone they think may have an attitude. Richard Laemer, chief executive of New York-based RLM Public Relations, said “no matter how experienced someone is, if they’re mean to people, they’re pretty much useless. I can’t work with someone who isn’t nice.”

But there can also be a downside, the article noted. Likable employees who lack skills or are seen as pushovers can lose out on management opportunities or can be seen as a liability, said Alexandra Levit, author of They Don’t Teach Corporate in College: A Twenty-Something’s Guide to the Business World.

For example, managers who are too likable can get too social with their subordinates, blurring the line between boss and friend. And younger Generation X or Generation Y employees can also try so hard to be liked that they come across as overly enthusiastic.

“There’s a tendency of young people, and even midcareer people, to say ‘yes’ all the time. In an effort to please, they do get pushed around. They get assigned too many tasks,” Levitt said. “Likability can be dangerous. Young people can be too enthusiastic, and it can irritate management. You can be too ‘rah rah.”

Overall, though, most employers agree that likability is a very important attribute and that it can clearly help employees when performance is lacking. “You can provide training to compensate for missing skills, but it’s almost impossible to compensate for personality,” added Tory Johnson, CEO of New York-based Women for Hire, which provides career fairs for women. “ It’s never worth hiring someone you dislike, or someone who’s likely to be disliked among staffers.”

BLK Hits the Gym! If you’ve noticed an extra dash of energy in the voice of your BLK contact recently, there’s a good reason. President Bob Larson has instituted a new fitness challenge for all Berman & Larson of New Jersey, Inc. employees, and we are definitely rising to his challenge. Each of us has been given a membership at Body Design gym, with one condition – we must use our membership at least eight times each month. If we fall behind, we’re required to reimburse Bob for our dues that month. This program has been greeted with a great deal of enthusiasm, and virtually everyone is participating, whether during lunch, before work, or after. The payoff? – a healthier, happier, and therefore more focused and productive staff.